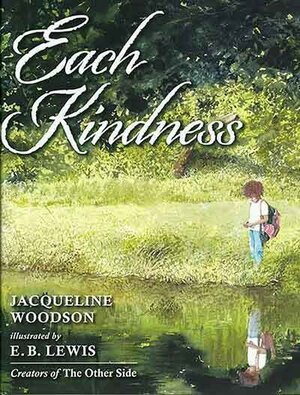 A new girl comes to school and tries to make friends. When Chloe, the narrator, is unkind, the girl keeps trying. And then the girl is gone and Chloe is left only with the memory of her unkindness.

This story could take place anywhere.

At some point in our lives, we are all unkind. At some point, we are all treated unkindly. I wanted to understand this more. I think too often we believe we’ll have a second chance at kindness – and sometimes we don’t. I do believe, as Chloe’s teacher, Ms. Albert, says, that everything we do goes out, like a ripple into the world. I wrote this because I believe in kindness.