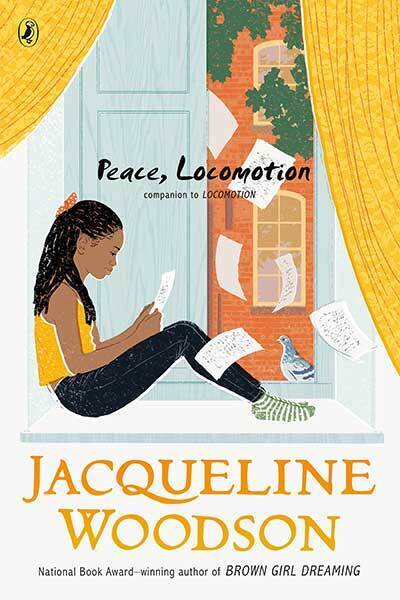 Lonnie and his sister Lili are in foster care after the death of their parents. They live with separate families and this book is Lonnie’s letters to Lili that he writes to stay connected to her and as he says “to be the rememberer” while they are living separately.

In Brooklyn and also parts were written on planes as I traveled.

I wanted Lonnie and Lili to find peace – within themselves and in the bigger world. The book started out being about one kind of peace and then became about the many ways we search for and eventually all kinds of peace.